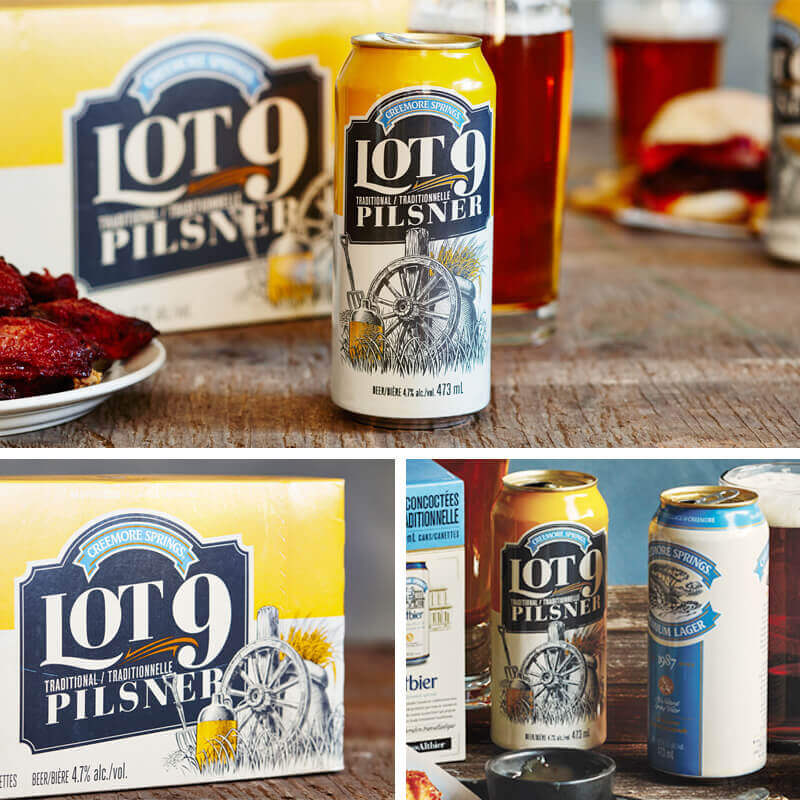 The numbers are in, and we couldn’t be happier with the results out of Creemore that show the success of the Lot 9 rebranding project.

While we LOVE the new packaging, we know that as much as our clients appreciate our passion for their products that the real proof of success is higher sales. To that end we’re very proud to announce that Lot 9 cracked the TOP 10 selling craft beer list at the LCBO in the 473ml tall boy size, within its first 6 months after launch! The LCBO consumer cube also named Lot 9 one of the most successful craft innovations of 2015.

The Lot 9 brand is a redesign of the traditional Creemore Pilsner, and one of the original beers in the Creemore stable. The team at Creemore Springs recognized an opportunity to strengthen the Pilsner brand and develop a breakthrough brand image that honours the founders of Creemore, a determined folk who turned a rugged patch of land called Lot 9 into some of the most prosperous crops around. Lot 9 is a sessionable, easy drinking, golden pilsner that represents an opportunity for beer drinkers to try Creemore Spring’s most approachable beer yet.

In the first 10 months after launch, Lot 9 has grown from being just 4.5% the size of the flagship Lager, to 12% its size (and the Lager is up 7% over the same period, making that accomplishment even more substantial).

However, the biggest indicator of how quickly this brand has grown since the relaunch is the increase in sales compared to its predecessor, the Traditional Pilsner. The new Lot 9 473ml Pilsner boasts 40% more sales in its first year in market.

Congratulations to the team at Creemore for the success of Lot 9, and we look forward to continuing to help them get their beer in more people’s refrigerators.

See more Lot 9 and our other Creemore work